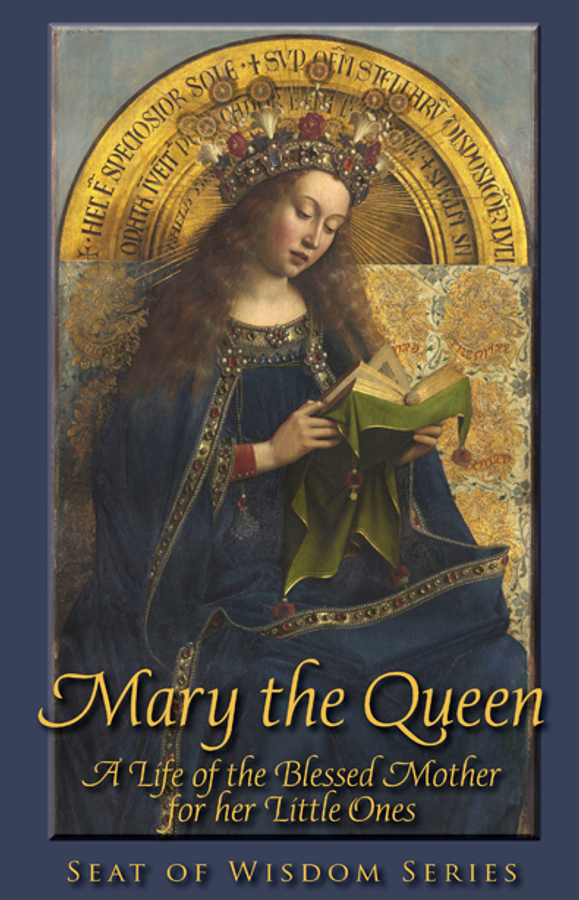 Did you know that the Virgin Mary died and was buried before she was Assumed into Heaven? Or that she was raised in the Temple Precinct, along with other Jewish maidens--called Almas--until she reached marriageable age? Learn more about the life of the Mother of Jesus in this book written especially for children. Mary the Queen is the first of a series of 8 books on Christian Doctrine written in the early 20th century by a religious of the Society of the Holy Child Jesus, which we have named The Seat of Wisdom Series, in honor of Our Lady. These books seek to teach the child not merely the catechetical truths of our Faith, but also the crucial importance of Apostolic Tradition, and how it informs the practice of our Catholic faith in ways we might not expect.

Please note: The text has been modified in places in order to render it more accessible to modern readers; this was done with great care and sensitivity toward the age of the material, in order to maintain respect for the era in which it was written, as well as to preserve the original writer’s voice.  Though the wording has been thus modified,  the content itself has not been changed in any way, except to add select footnotes and a reference to Our Lady of Fatima.

Jesus of Nazareth: The Story of His Life Simply Told