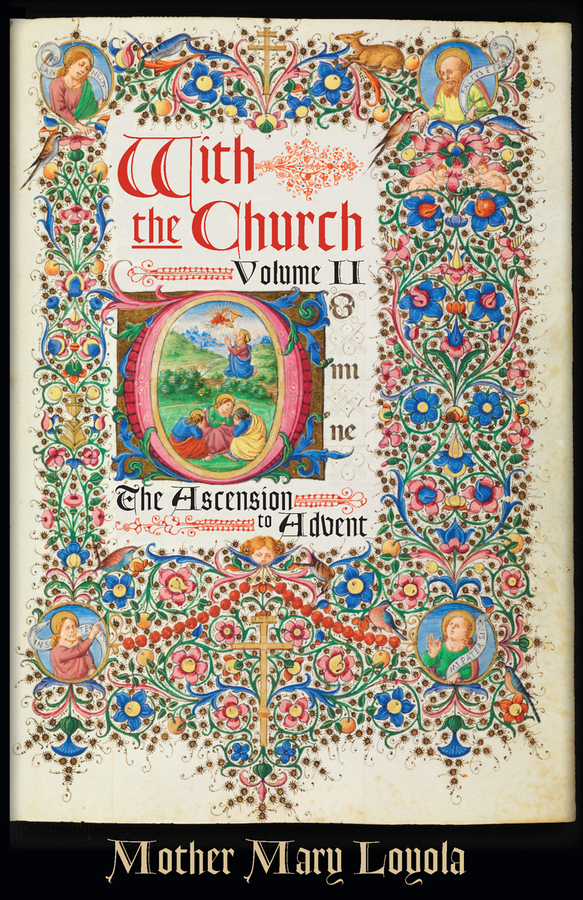 At long last, we have finally finished this second and final volume of Mother Loyola's meditations on the Church Year!

When writing the first volume of With the Church, Mother Loyola took care to focus on the "meat" of the Church Year. Bedridden and suffering one illness after another, she could not take for granted that she would finish both volumes. How grateful we are that God allowed her the time to complete not only this book, but another--her swan song, Trust.

While this volume focuses no less on what our Lord has done for us, it does so always in the context of the burning question: what have YOU done for HIM lately? This is perhaps the most personal and immediate of her writings, with many reflections showing her readiness for death and a remembrance of those who had played a significant part in her life, such as her early mentor, Fr. John Morris, Frank Sheed and Maisie Ward, both a driving force behind the Catholic Evidence Guild, and especially Fr. Herbert Thurston, her longtime friend and editor, who at the time was in the midst of his colossal revision of Alban Butler's Lives of the Saints--which no doubt explains why this is the only one of Mother Loyola's major works that does not list him as editor.

While supplies last, we have some cosmetically imperfect copies for sale.  The cover is slightly crooked, with a white area showing at the top where it was mistrimmed.

With the Church, Volume I: Advent to the Ascension