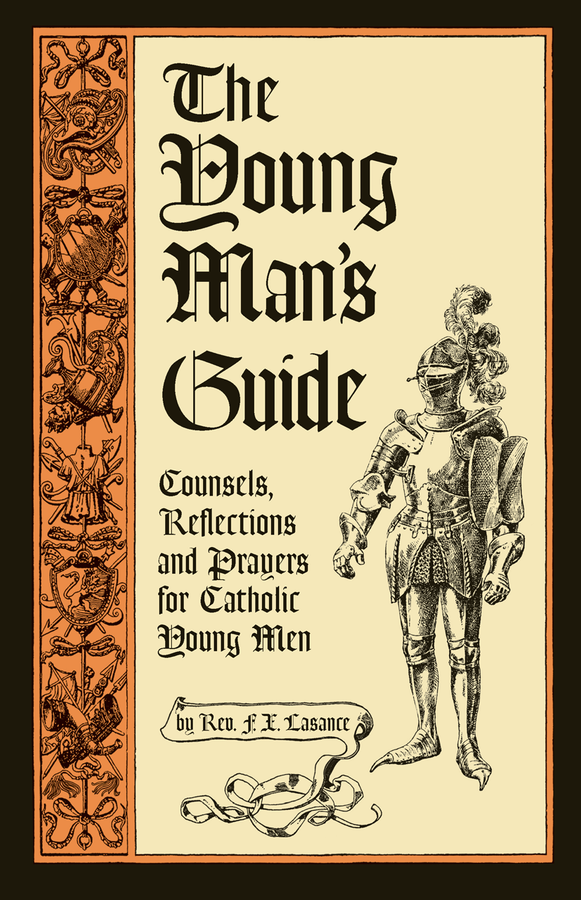 Father Lasance's Catholic Girl's Guide, published in 1906, found immediate success among Catholic readers, and the natural demand for a companion volume gave rise to The Young Man's Guide in 1910. Both have a similar format and similar material, though each is geared specifically for its particular audience.

In The Young Man's Guide we see life as warfare; thus those who would conquer must be prepared, as were the knights of old. The implements of battle are the young man's virtues, and the fight will determine not only the character of the man he will become, but the crown he may win in the hereafter.

The original Guide doubled as a prayerbook, including numerous devotions, litanies, and even a Latin Missal; however, this edition omits most of these prayers, retaining only a selection of the most important, as well as the original section on preparation for Confession. Because of these omissions, this volume is considered abridged; however, all of the material contained in this edition remains unchanged and unabridged based on the original 1910 edition printed by Benziger Brothers.

Brand-new illustrations by Julie Streeter bring to life this classic text, which served as an inspiration for the Blue Knights boys clubs.

Saints and Festivals: A Cycle of the Year for Young People