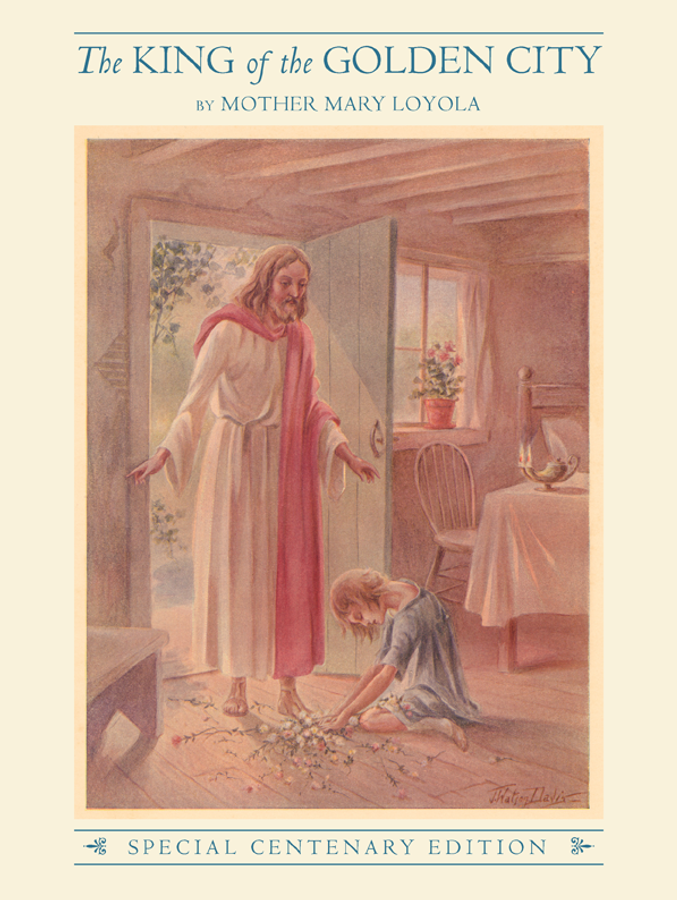 The book that began it all...

Mother Mary Loyola had used the simple allegory of a little maid and the gracious King who deigned to visit her as a catechetical tool for many years...a brief sketch of this story appears in The Children's Charter, her book of advice for parents and teachers published in 1911.  But it wasn't until 1919, when she sent a version of the story to P.J. Kenedy, an American publisher who took a keen interest in her work, that she began expanding what was originally a simple vignette into a full book-length story.  It then took two years before this book was finished and brought out to great acclaim.

Though Mother Loyola knew that children would love this wonderful story, she could not have foreseen that it would be this, her only allegory and one of her last published works, that would rekindle an interest in her work many years later.

It was through our family's love of this story that we discovered the treasure trove of other works by Mother Mary Loyola, and St. Augustine Academy Press was born.

Now we are finally able to bring to fruition a dream we have had since then: to publish a replica version of the original 1921 hardcover edition of The King of the Golden City.

This special Centenary Edition of everyone's favorite book is truly a treasure!  We have restored the original illustrations, including the beautiful frames surrounding the text on every page, and have carefully overseen each detail, down to the thicker paper that not only gives a similar feel as the older hardcover, but will ensure that this edition will make a lasting heirloom that we hope will be passed on to the next generation!

We have enjoyed every minute of the process of creating this replica edition (which you can read about here), especially as it allowed us to re-read this story again and again, and I can honestly say I never tire of it.  Boy or girl, old or young, this story holds potent truths that call every one of us to greater holiness.  If you haven't read it yet, what are you waiting for?  Discover the book that distilled decades of Mother Mary Loyola's catechetical teaching into a truly delightful story, and then decades later, helped us to discover the rest again.

The King of the Golden City: Special Edition for Boys