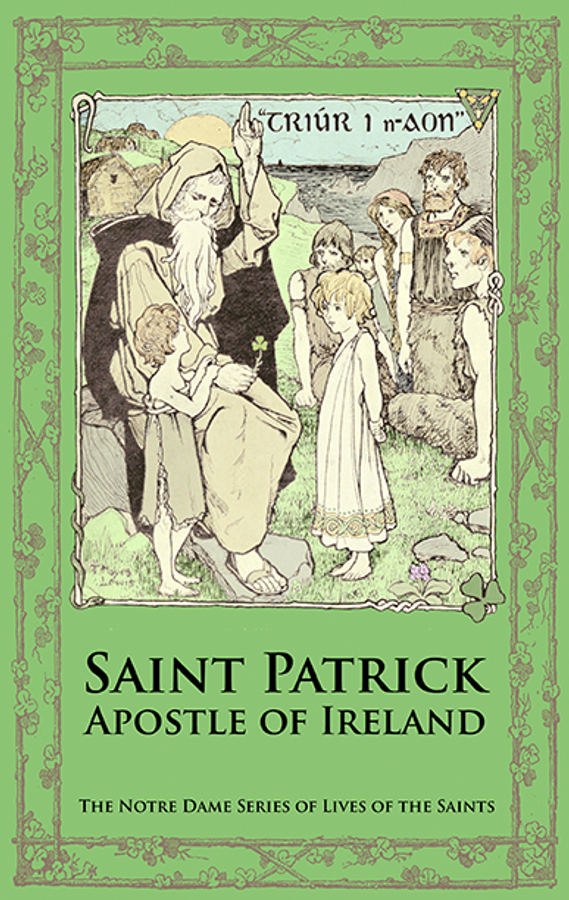 The enigmatic Saint Patrick is perhaps the most widely known saint...about whom very little is widely known. This, then, is the perfect book for those who wish to become better acquainted with his true story. Originally published in 1911, this authoritative account of Saint Patrick's life and deeds seeks to balance the many popular legends with the best scholarship of the day. The result is neither overly scholarly nor overly fanciful--just a straightforward, readable narrative that is sure to appeal to all ages. Moreover, those works which are reliably attributed to Saint Patrick--namely his Confession, his Epistle to Coroticus, and his Prayer before Tara (also known as St. Patrick's Breastplate)--can be found in their entirety in the appendix.

What sets this edition apart from other books about this saint, however, are the copious illustrations. These engravings, taken from a 19th century text, portray Patrick not as a stately bishop, but in the simple robes which are perhaps better fitted for this greatest of missionary saints.

The Rhymed Life of St. Patrick

The Story of St. Elizabeth of Hungary