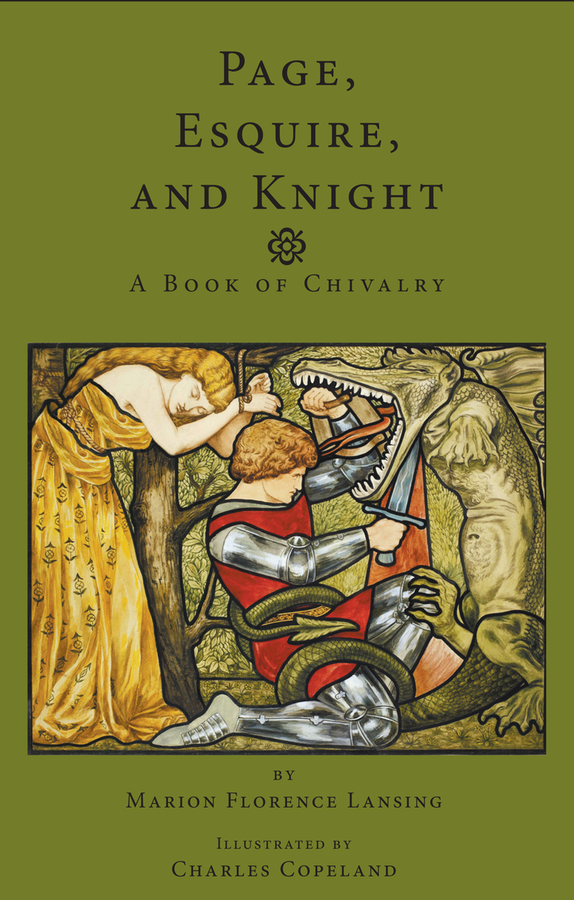 A recent perusal of a modern set of encyclopedias revealed a mere three-line entry for Roland, whose story formed the basis for one of the first great epics of medieval France, the Chanson de Roland. So much of western culture was born from this legend, and yet most young people today have never even heard of him.

Books like Page, Esquire and Knight are the perfect antidote to this lack.  An anthology of tales condensed from such classics as Malory's Morte d'Arthur, the Arthurian poems of Tennyson, and the original Chanson de Roland, it gives young people a solid introduction to these giants of literature which is sure to inspire a lasting interest.   Included are tales of King Arthur's knights, the battles of Charlemagne, Godfrey de Bouillon and The Crusades, St. George and the Dragon, and Pierre Terrail LeVieux, the famed Chevalier du Bayard.  Engagingly written and enhanced by vivid illustrations, Page, Esquire and Knight is sure to be attractive to both boys and girls, young and old.