For a while now I've been threatening to post side-by-side, before and after photos of the Wonder Series books, just because I can't help being so pleased at how closely they resemble the originals.

I first found this series through sheer providence...As many of you know, I have been searching high and low for the many excellent children's books recommended by our newly reprinted textbook series, The Highway to Heaven.  The Wonder Story was among these.

It so happened when I found this book listed on Amazon, the seller was offering a three book set by the same author.  I had no idea there were more than just the one, so I thought this sounded like an excellent deal.  And then, as with most of the books I purchased for the series, I waited with great excitement to see what would arrive.

I had no way of knowing what to expect, so when the package arrived and I saw these books, I knew instantly that we had to reprint these, and do it in a way that made them as nearly as possible EXACTLY like the originals.

(It wasn't until we were actually in production on the series, and almost ready to go to print, that we found the fourth book in the series...The Wonder Offering...and we're so glad we did!  This book is the crowning glory of the set.)

So without further ado, I give you the photos: 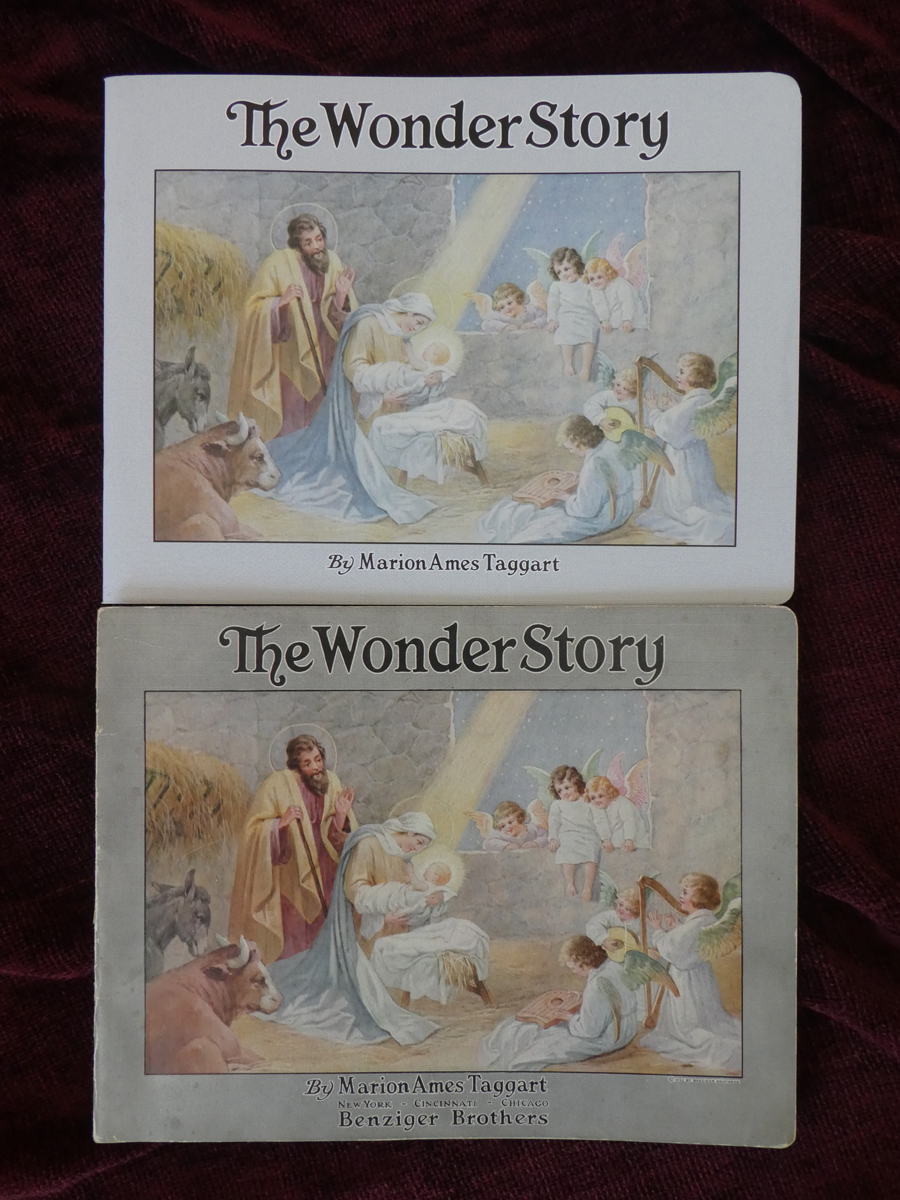 Well, it's not too hard to tell which is the old one...the smudges and yellowing are a dead giveaway...

And while it looks as though our new version has a different background color than the original, that grey was actually produced with a pattern of black dots, which we faithfully replicated.  I imagine that over time, the new copies will start to exhibit a sort of patina like the old one did. 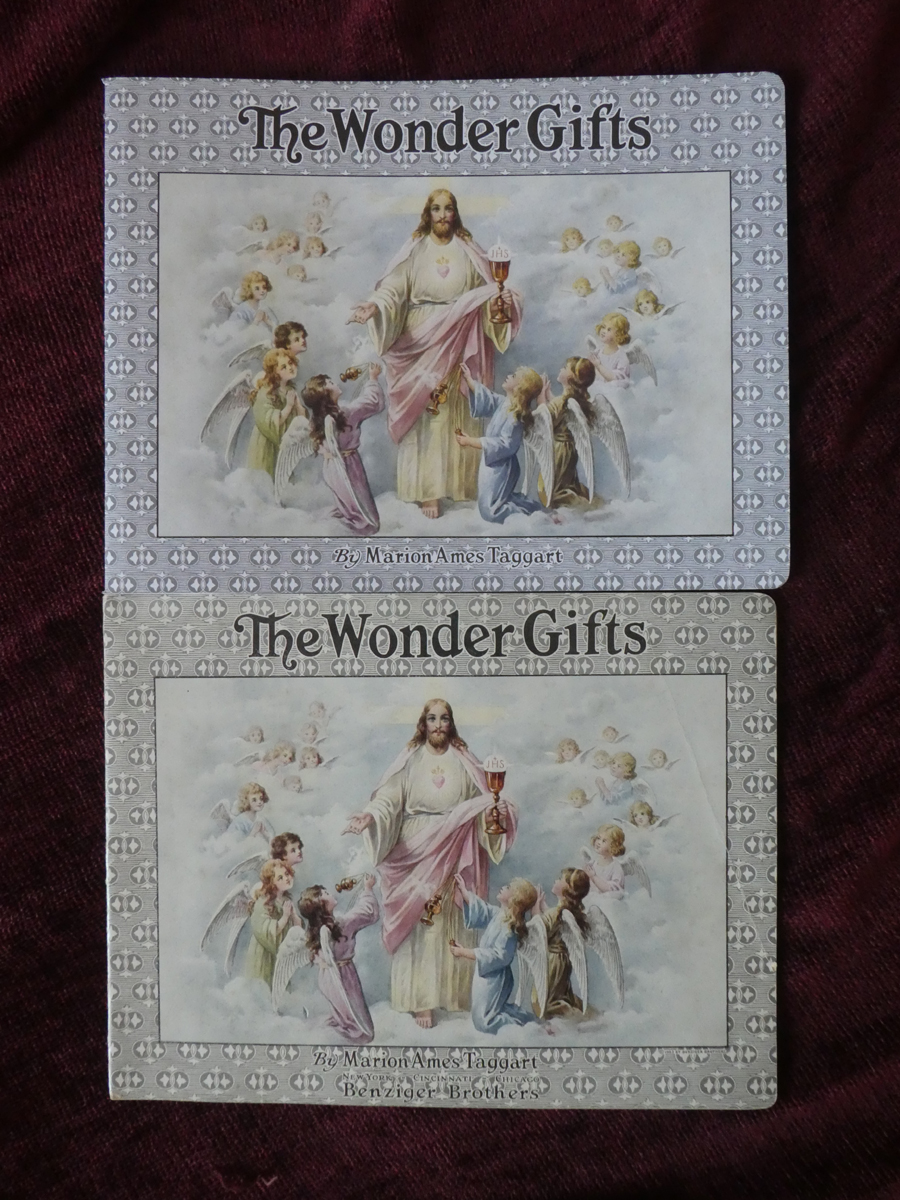 Here again, the yellowing and the crease on the cover make it relatively easy to distinguish which is the old and which is the new...

But now try this challenge: which is old and which is new?

Some of you might be able to find the little telltale detail that gives away the answer...

And last but not least, there is no doubt which is the older of the two here; this book was not in nearly as good condition as the others and needed a lot more restoration work: 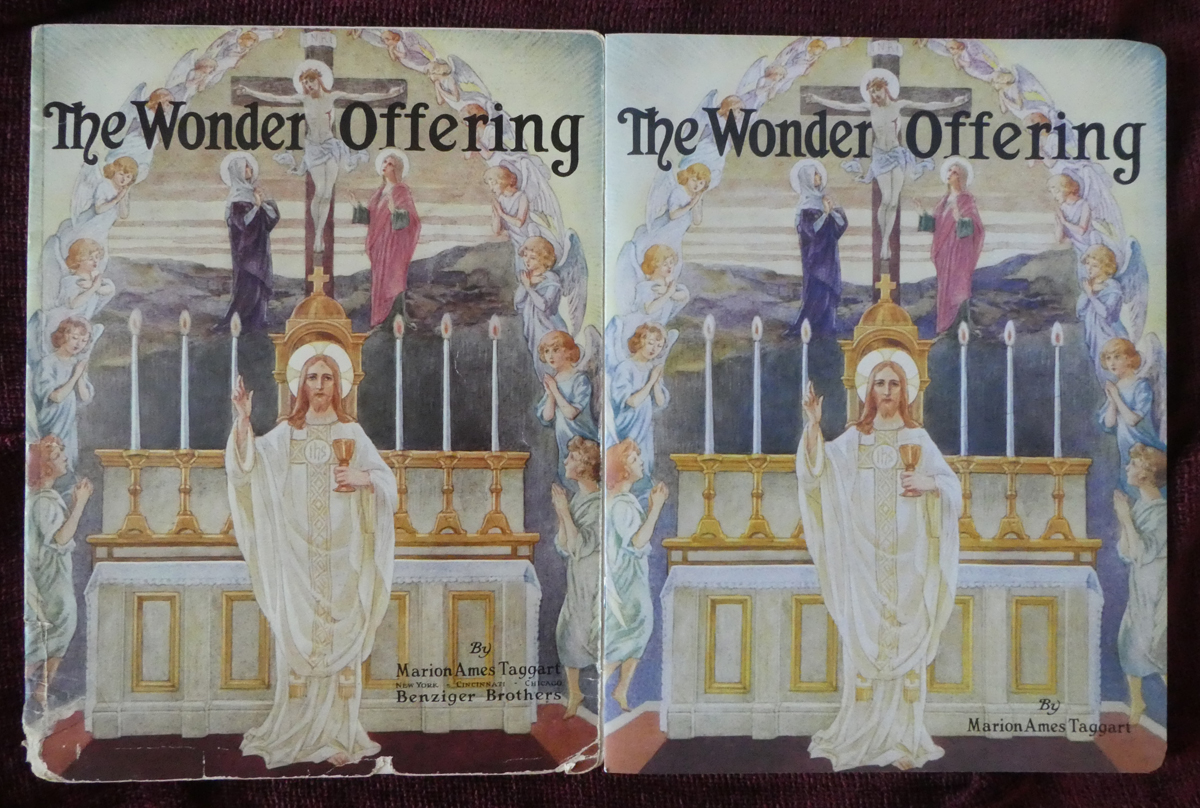 So there you have it!  Hope you enjoyed seeing these before-and-after comparisons as much as I did!