For the longest time, I have tried to find books to reprint that are suitable for the very youngest children.  Sadly, the book industry was rather different 100 years ago, which is the time period that most of our best books come from.  Nice illustrations on paper don't last long around toddlers.  So we've been limited in terms of our source materials...and board books are also costly to produce...so the closest we've been able to come in the past was our Wonder Series.

Now that has changed!  This year we found some amazingly beautiful little children's books from about 100 years ago.  They have gorgeous lithographs based on the engravings of Julius Schnorr von Carolsfeld, for his illustrated Bible.  And they were just the right size and shape for board books!

I wanted so badly to have them finished in time for Christmas this year, but in the process of production, we had some issues with some of the illustrations and decided to try and order another copy in order to possibly get around the problem.  This took time, since the originals came from Germany.  But in the process of tracking down this alternate copy, we also found another book that had the same illustrations...but more of them!!!

So we started out with just two books that had these beautiful lithographs from the Old Testament: 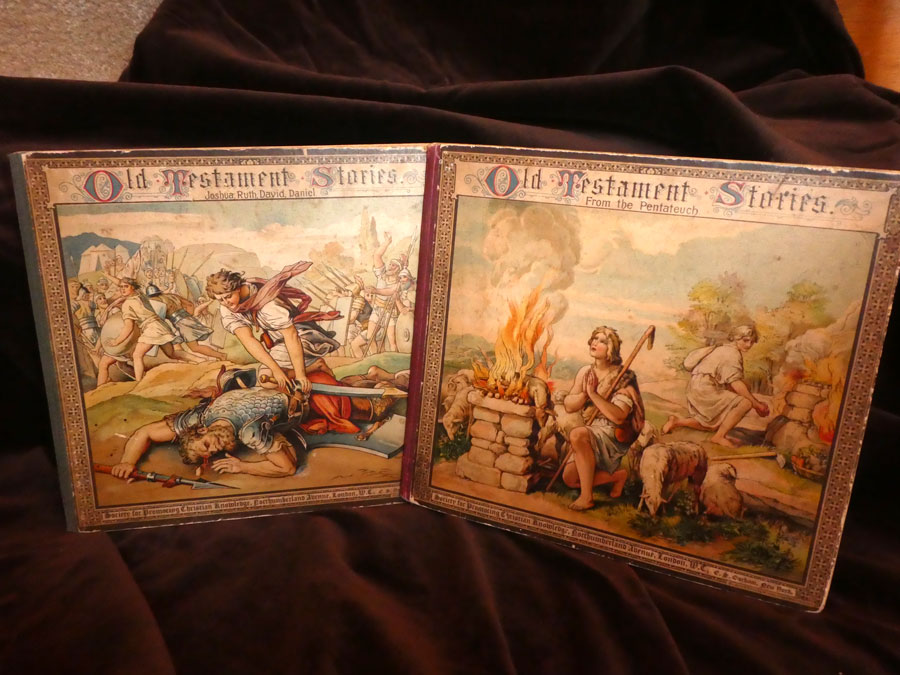 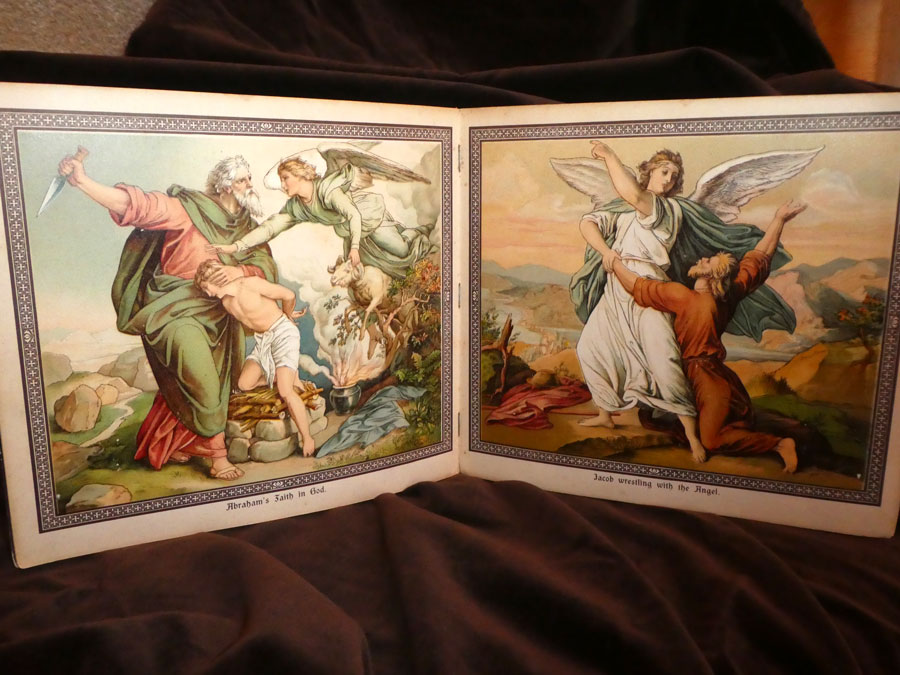 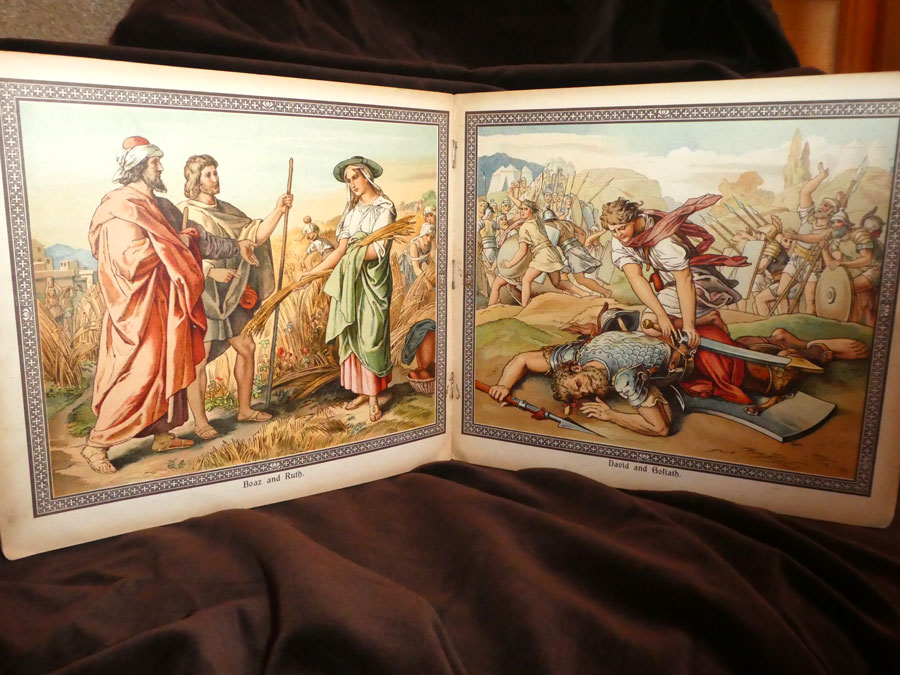 And fortunately, at the same time I found those, I found several other books from the same publisher (The Society for Promoting Christian Knowledge) which had the same lithographs but for the New Testament: 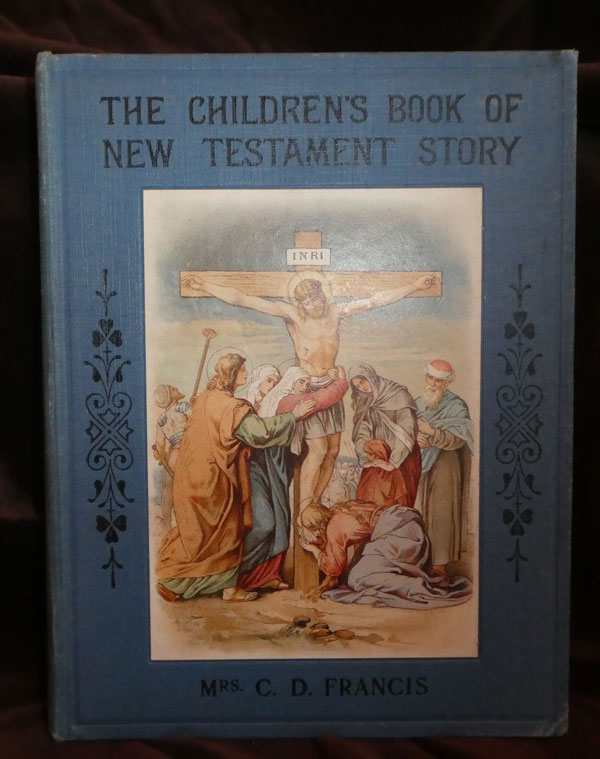 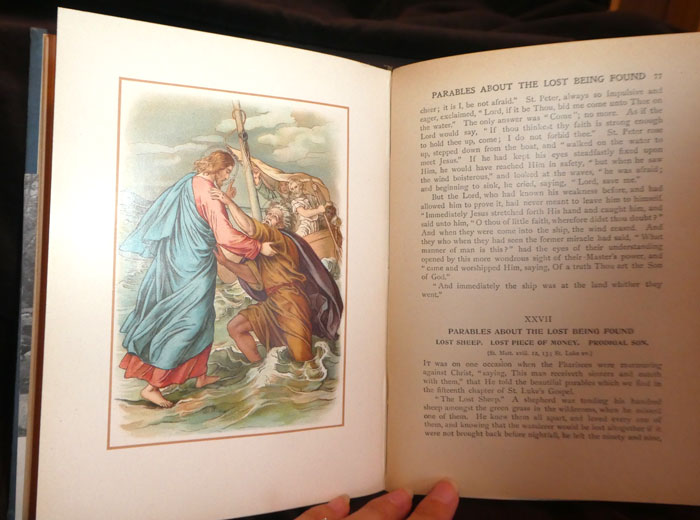 Nice, eh?  These are simply delicious.  However, as you can see, the text in the second book is way too much for a board book...and the text in the others was...well..very Victorian.  :)  So once again we had to improvise.  I had an inspiration to see if I could pull some wonderful verses from Father Faber's hymns but couldn't shoehorn enough to go with the specific illustrations.  I even tried writing some in imitation of him, but...haha...well...let's just say I'm not Father Faber, OK?  ;)

So after a lot of hand wringing, trying to condense down the stories enough for toddlers, I gave up.  I mean, you just can't improve on scripture.  So, for the New Testament books, that's what I used.  Where it got too long or the phraseology was too confusing, I paraphrased.  Otherwise I let the inspired Word of God speak for itself.  It's good for all ages.

For the Old Testament books, the stories were far too long to use this method, so I tried to lift as much phraseology as I could while also telling the stories in a way that would hopefully engage children...but it was also clear that many of the stories that had been chosen were figures of Christ, such as the sacrifices of Abel and Isaac, and the Bronze Serpent. So I wove that in as well.

But then we ran into problems with a few of the illustrations...and I ended up finding this wonderful accordion-fold book: 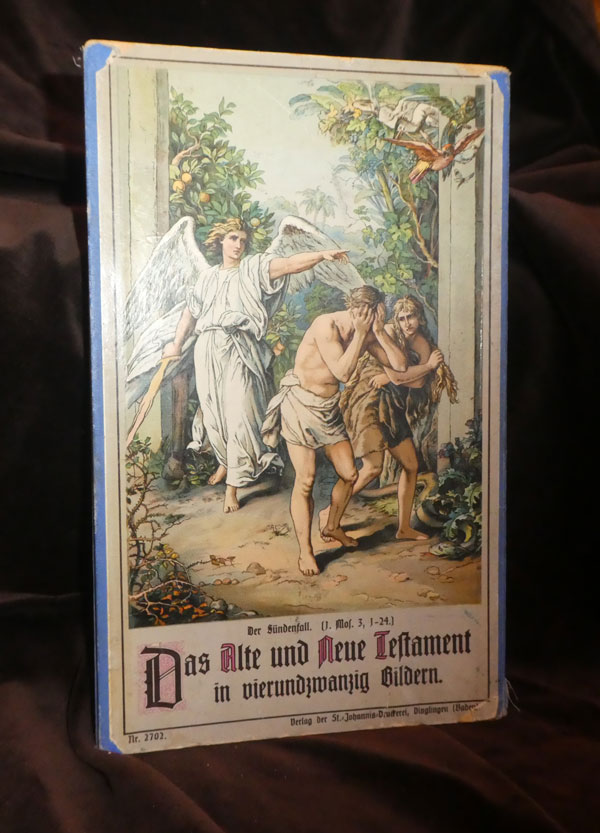 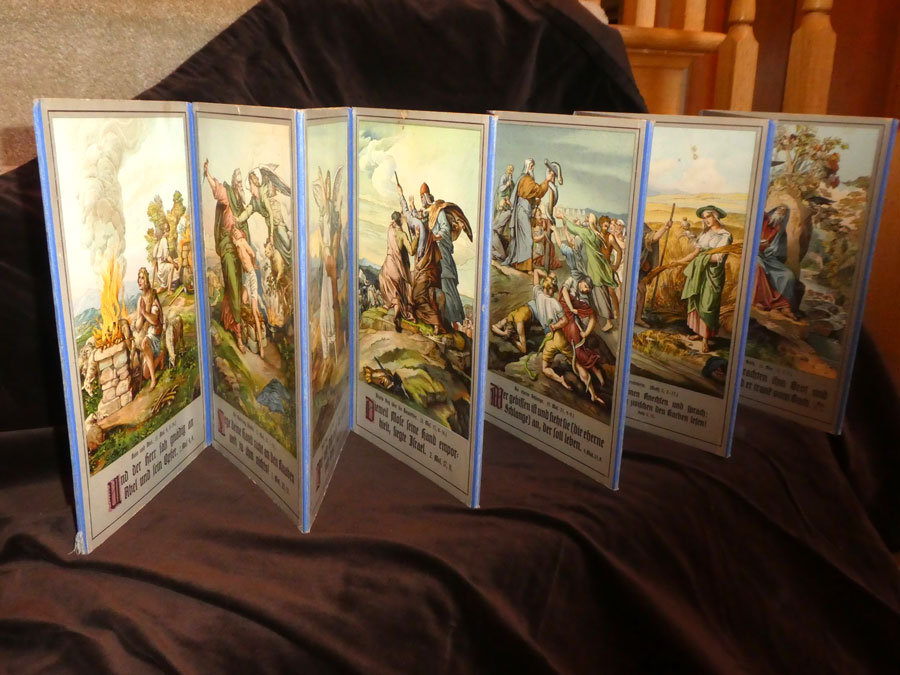 It has the same illustrations from the Old Testament on one side...with brief scripture quotes underneath... 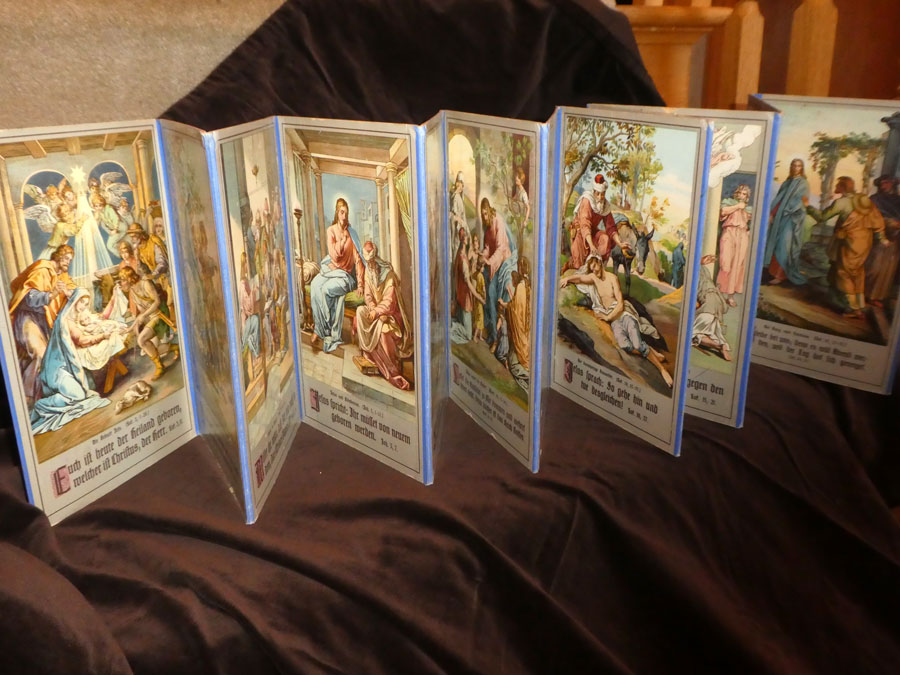 And illustrations from the New Testament on the other side...with the surprise of quite a few illustrations we hadn't found in the book we already had... 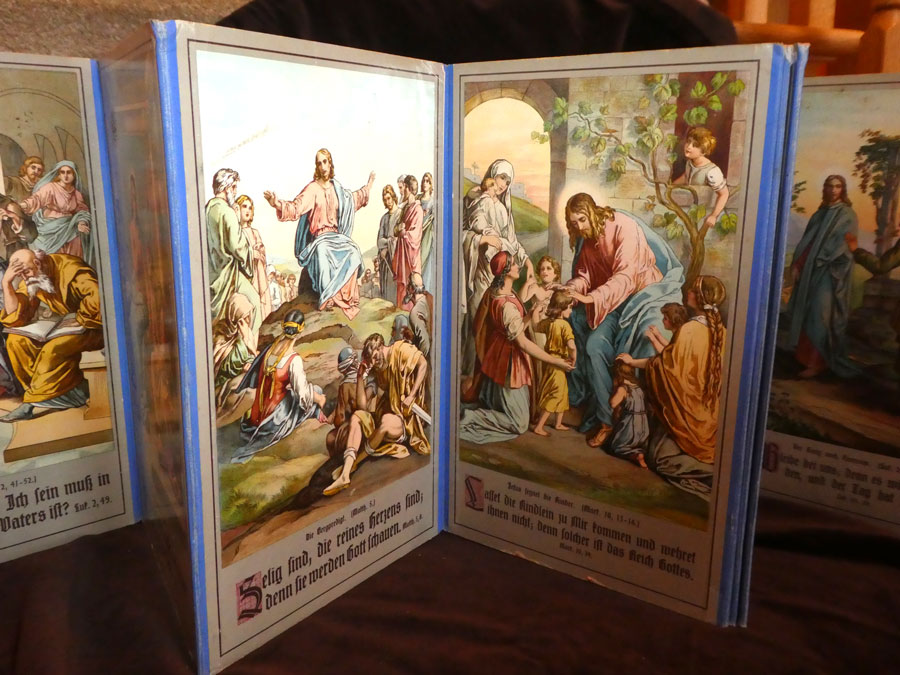 We are calling the series "Bible Stories for Baby Hands" and as mentioned just a moment ago, there are 5 books, 7 inches square, each with 5 stories inside and one on the front and back cover, for a total of six stories each.  How marvelous to hand a young child such a treasure of Biblical art to fall in love with!

Assuming all goes well, these should be arriving in February...we'll be sure to let you know!