Some of you may have seen our previous blog post when we first discovered these books.  Hard to believe that was back in 2018!

Yes, it took us a lot longer to get these guys republished than we thought.  Well, after all, they were originally in Dutch!

As we dug into translating them, we quickly found that...well...the author may have sounded great to Dutch orphans back in the 1920s, but to us, he sounded a little like he was mostly trying to scare them into behaving!  That's not exactly what we were looking for.

So it became clear that this was not going to be merely a translation project, it was going to require a complete rewrite.  One that would have to follow the general flow of the original books, so that the text would match the illustrations...not merely in terms of topics, but in terms of suitability to the era depicted in the illustrations.

You know that we are very scrupulous about tampering with old books.  So there was no way we were going to "update" these...they had to match the character of other books written during that time frame.  Well...our favorite author, Mother Mary Loyola, was alive and still writing at that time!  So we borrowed heavily from her to reconstruct the text for these books.

The First Communion book was also full of little rhymes, which are nearly impossible to creatively render from one language to another, so we used the wonderful verses from our Child's Book of Hymns (many of which also happen to be featured in Mother Mary Loyola's Little Children's Prayer Book).  This means that you can use all three of those books together and they will have a consistent use of the same prayers, and your children can even learn to sing them.

However, despite our use of approved sources, all of this reworking meant that for a subject of this importance, we could not conscionably publish this book without seeking an Imprimatur for it.  I'll let your imagination run wild as you consider how tricky it was to explain to the diocesan censor why this "new" book was going to such lengths to sound "old."

Well, fortunately that process is now behind us, we emerged from the diocesan review with only minor revisions, and now we can present to you our favorite feature: before-and-after!

Sadly, this before-and-after is a little one-sided because we were never able to get our hands on an original copy of the First Confession book.  We owe a debt of gratitude to a man from the Netherlands who was kind enough to share scans of his family's copies of these books.  But this at least gives you some idea of how the new books compare to the old... 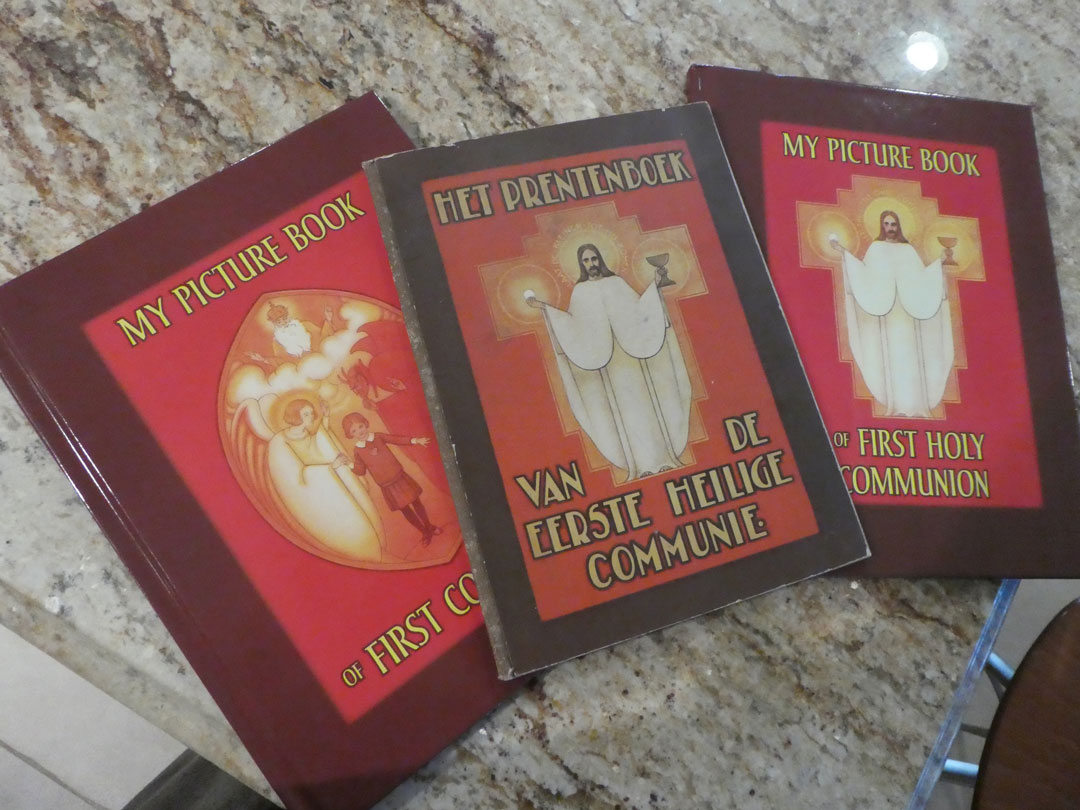 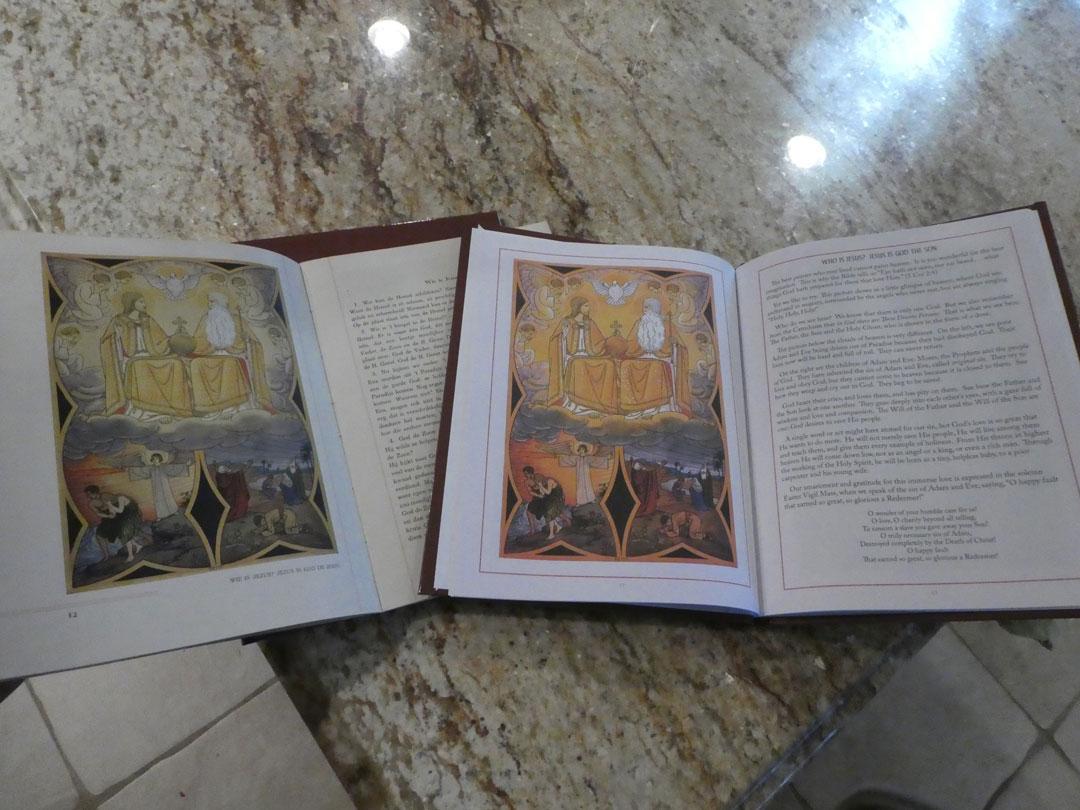